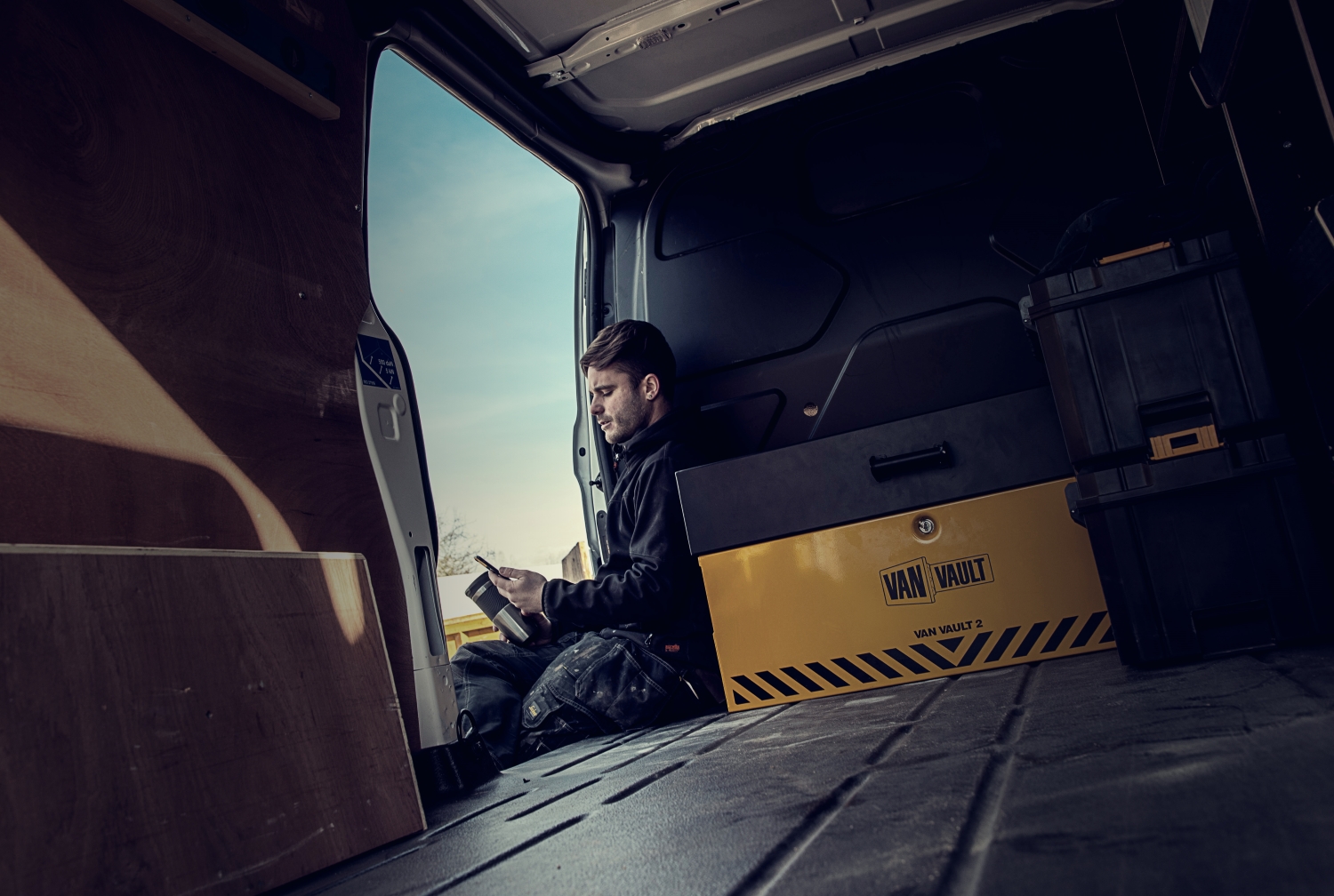 THE REAL STARS OF VAN VAULT

If you’ve seen our recent campaign - Always Van Vault - you’ll know that we’re working to help drive down tool theft through our new and upgraded Van Vault vehicle range. We’ve been working with real people in real trades to learn their stories and spread the message: keep it stored and secured with the toughest Van Vault yet.

We’re proud to work with - and celebrate - the everyday tradespeople who use our product and we wanted to put the spotlight on the stars of our ‘Always Van Vault’ video. Keep reading to learn more about the faces behind the product. 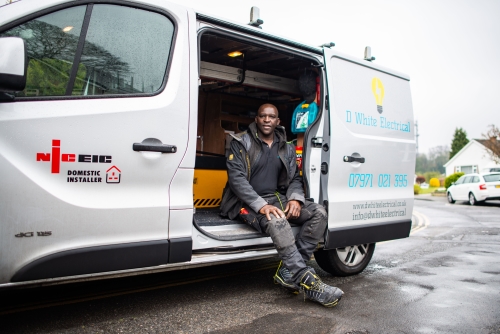 In business for nearly 20 years, Devon has long been a fan of the Van Vault brand. Having experienced the impact of tool theft himself at the start of his career, he was pleased to be part of our campaign and said:

“This was a great experience for me, as it was the first time that I’ve taken part in a campaign such as this. I’m also really looking forward to people seeing the video.

“As an electrician, Van Vault products are ideal for me as they provide plenty of room to store all of my tools and I also trust that they will keep them safe and secure at all times, due to the brand’s reputation in the industry."

His current Van Vault is his second and he’s been using the storage system for a long time. This electrician is no stranger to promotional videos, however, as his hands were the stars for a bathroom advertising campaign - a project led by a long time friend. We asked Devon if he enjoyed being part of the crew for the duration of the shoot:

“It was a really good experience, they were all really nice lads. It’s been good fun and I’ve had a laugh overall taking part.” 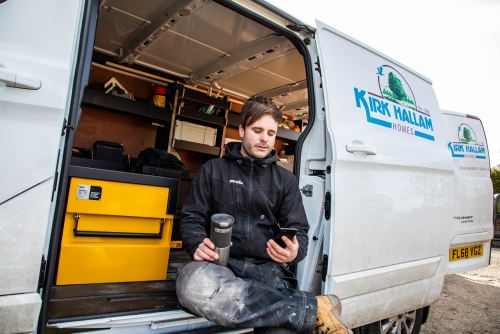 Nathan Stevenson knew all too well about the issue of tool theft before starring in our campaign video. For 13 years he’s been a joiner, but last year he felt the full impact of tool theft:

“Last year I had my van broken into and my tools were stolen. It totalled over £1000 worth and it has had a huge impact on me, but since then I’ve been much more careful when securing my tools.

I now use the Van Vault 2 to store my power tools, but it’s also useful as storage space because it fits everything I need, not just tools. I’ve got the Van Vault because of my experience of being a victim of tool theft.”

Impressed with the reinforced lid, as well as the overall security of the new Van Vault 2, Nathan had a positive time working on the shoot with our team and he’s looking forward to having his family watch him on screen. 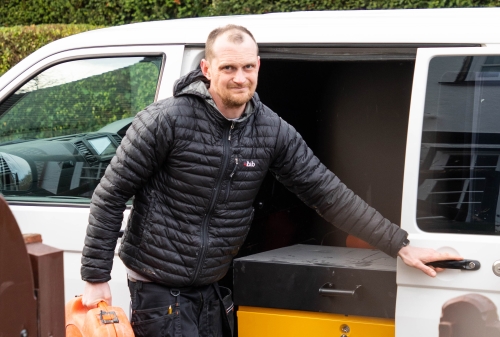 “It’s a great end result so I’m sending it around my family and friends to watch.”

Tom Maiden has been using Van Vaults for roughly five years, making use of it both in his garage and his van to secure his tools. Having used it in a variety of locations for work, and having previously appeared in photo shoots for a workwear brand, he was ideal in representing users of Van Vaults.

“What I like most about Van Vault is it gives me peace of mind when it comes to safety and security, but also prevents tools from sliding around in the back of the van during transit.”

With 18 years of experience in his profession as a joiner and carpenter, he’s fortunate to not have had any experience of tool theft, but Tom definitely feels better having his tools stored and secured with Van Vault. 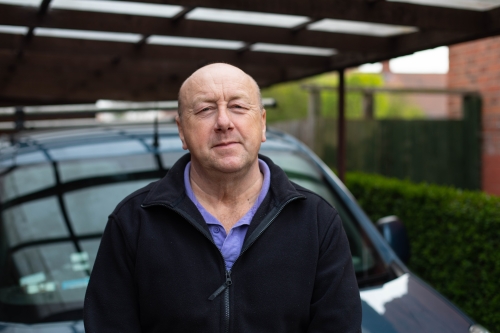 “I’ve been lucky enough to never have experienced tool theft during my career, however, I still think Van Vault products are great, both for general storage and for security purposes. In particular, I really like the products that have the drawer function, as this allows for easy access to the tools.”

Despite being lucky enough not to encounter tool theft in his 30 years in general maintenance and as a handyman, he knows about the issues facing the industry and was very happy to take part in promoting Van Vault:

“Having the chance to star in this film was fantastic – I felt like a film star! My friends and family can’t wait to watch the finished result with some popcorn in hand.”

We’ve had your back for over 20 years. With our new and upgraded range, we’re dedicated to helping real people tackle a real issue. Take a look at the new features on our range today and get your kit stored and secured.