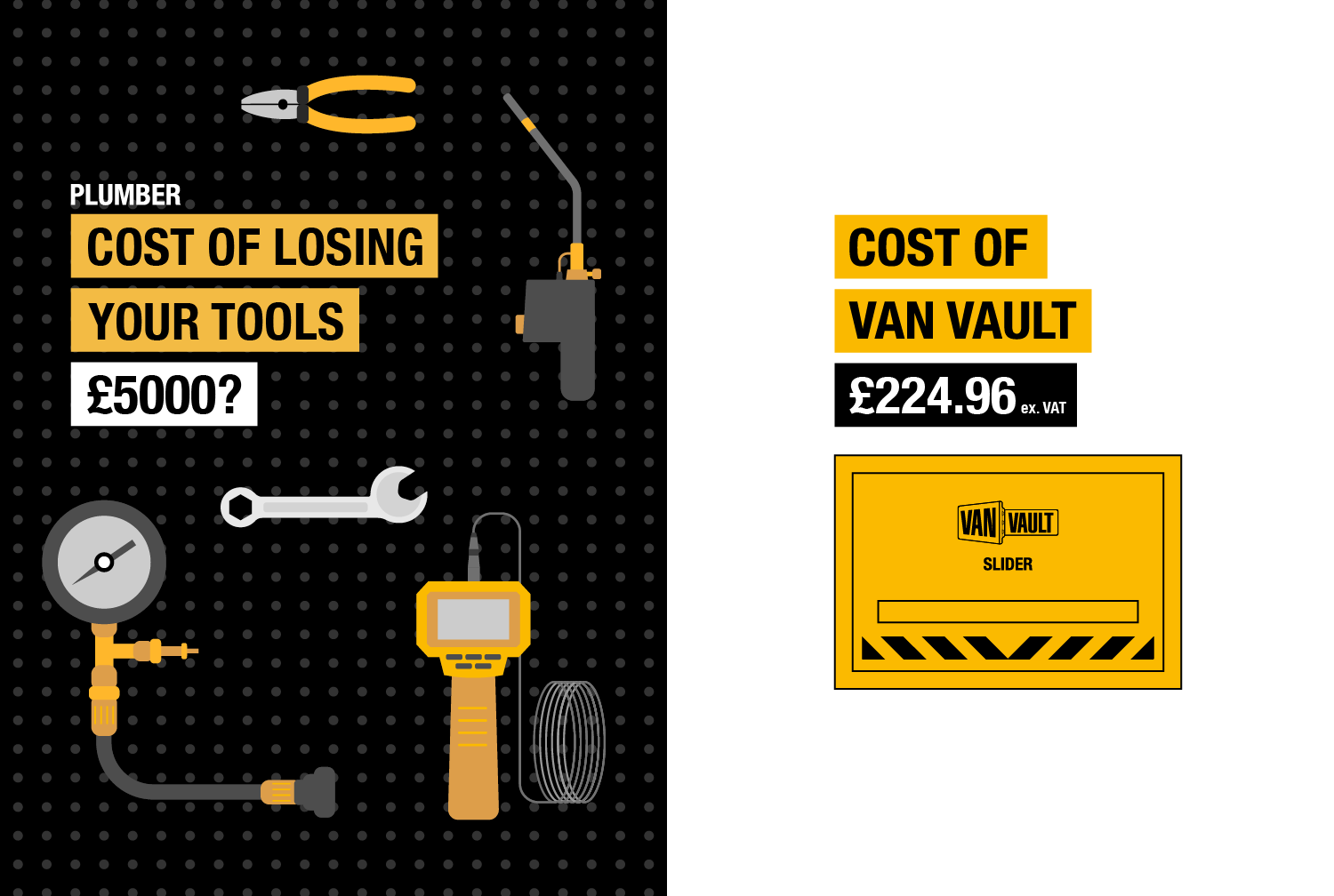 ARE YOU AT RISK? DISCOVER THE TOP TEN HOTSPOTS FOR TOOL THEFT

Did you know that a van is broken into and tools stolen every 23 minutes in the UK? There are some major city hotspots around the country where you have to be extra alert, but small towns and rural areas are not immune. Between March 2018 and 2019, Yorkshire alone had nearly £850,000 worth of tools stolen - that’s a lot of disruption and cost to a lot of tradespeople.

Costs are on the rise

With the value of tools in vans now averaging around £3,000 it’s not just the price of insurance premiums and replacing equipment. Downtime can cost £550 per day (per van). Just think about all that lost work – without your tools you might not be able to finish contracts. Don’t underestimate the general worry and stress a van break in can create.

One insurance firm has said that the average claim has gone up by over 15 per cent in recent years, with some reporting claims for the cost of tools from vans increasing by more than half in the past year alone. 5 per cent of claims for van theft are over £5,000, and some even as high as £11,000.

Tool theft is not just an issue in big cities

Every day up and down the country there are hundreds of stories about van break-ins and tool theft. One local paper recently reported that a tradesman from rural Berkshire suffered a £10,000 theft of tools – and they even took his lunch box!

Leafy counties such as Wiltshire don’t escape the worst of tool theft, four vans were targeted in just 2 days. It’s also been said that July is the month where thieves are at their most active, with Mondays the worst day by far. But some areas have seen a spike in winter months too, in October 2018 in Yorkshire alone £110,000 worth of tools and 89 vans were stolen.

A break in can take less than 10 seconds. Van Vault has been told directly by some police officers that would-be thieves target key areas where they know tradespeople are working – from construction sites, supermarket car parks, hotels used by contractors and even the back of a van stuck in traffic. Simply Business conducted some research to find the 10 areas in the UK most at risk. Take a look at the list below to find out if the area you work in made the list.

With 1 out of 3 people having suffered from van tool theft protecting your tools is a no brainer. Van Vault are the originators of in-vehicle secure storage, which is the ideal way to safeguard your tools.

A secure van box or drawer such as a Van Vault adds another layer of protection and deters thieves if your van is broken into. Not only can specialist security containers give you added peace of mind they help you keep your valuables organised, safe from damage and ultimately helps save time.

If you’d like to find out how we’ve made Van Vault even stronger and more secure, click here

Tags:
Posted in News By